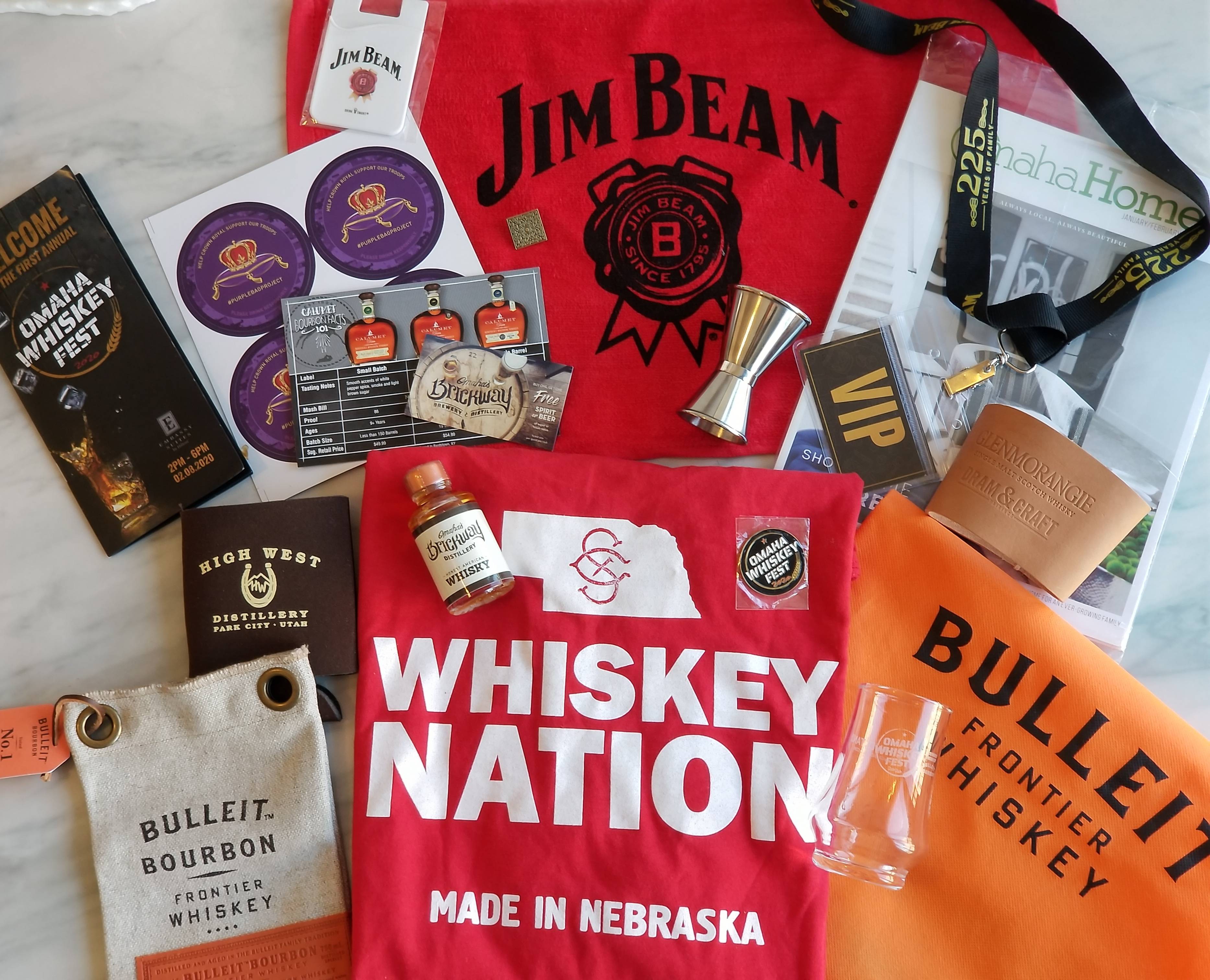 Last Saturday, February 7th, I had the immense pleasure of attending Omaha’s first ever Whiskey Fest (I’m somewhere in this photo, kudos to whomever manages to find me). Yes, people do live in Omaha and drinking is probably is the most popular thing to. Surprisingly enough, the whisky scene here is a lot better than you’d think so it was absolutely great that some of the folks in town were able to arrange all of this.

I got an early bird VIP ticket, which got you into the event an hour early along with access to an “exclusive VIP lounge” (more on that later). It ran me $100, which for 5 hours of drinking, didn’t feel like a bad deal at all. When I bought the ticket (along with roping in a bunch of co-workers), there wasn’t even a vendor list so I was a bit worried. It turns out the worrying was misplaced as the organizers managed to rope in about 60 vendors who brought along at least 100 different brands of whisky (not to mention different parts of the lineup of each brand). There were all sorts of things ranging from local Nebraskan and Iowan whiskey to just about every major brand under the sun (props to the WhistlePig guys, they poured some great whisky and gave us full pours instead of little splashes that some of the others did). There were speakers lined up for each half hour to keep the event from going stale and I found the brand representative from Pernod Ricard (gave a talk on Jefferson’s Ocean) was really informative and helpful. The guy knew his stuff and was able to answer all of the questions we threw his way. The organizers also managed to find a group of bagpipers for the event.

So all of that is great, lots of whisky and even entertainment! The stuff that wasn’t so great about the festival was that the venue far too small (I heard at one point that 700 tickets were sold to this event, not sure if that’s the truth but they’ll need a bigger venue in any case), which is understandable given that it’s the first ever event. The bigger gripe, for me though, is the “VIP lounge”. It was billed as a place to be able to get some exclusive pours so naturally my buddies and I were extremely excited about this. Only, the room was basically a giant Jim Beam advertisement. The “exclusive pours” were of cocktails made with Jim Beam (though they did pop open a few bottles of decent stuff, like Baker’s Bourbon). Rather disappointing, I’m not convinced I got enough extra out of the deal to justify getting a VIP ticket again. There was also something shady about the cigar offerings, several of the folks I was with remember that handrolled cigars were billed as included in the experience only to find out that it was yet an additional expense on top of it all.

There was plenty of swag to go around as well. My favorite things are the Glenmorangie pin (on top of the Jim Beam towel) and the jigger. Overall, great event and I’m really glad I went. I’ll definitely be going again, though maybe not ponying up for the fancy VIP ticket.

Onto the whiskies! I didn’t get to every single offering but there were a few that stood out for great reasons and a few that stood out for, well, other reasons. Redbreast 21 was available for quite a while, I’m actually really sad I didn’t have this one early on as I wouldn’t probably tried to write a mini-review of it. All I remember was that it was fruity and being the absolute best thing I’d had that day. Barrell put out a 15 year old blended Bourbon at cask strength that was impressive and I also enjoyed Crown Royal’s XR offering. Honorable mentions to WhistlePig 15, Highland Park 18, Wild Turkey Kentucky Spirit, Cut Spike’s Cask Strength and Cabernet Cask whiskies (both of which I plan on reviewing at some point) for all being very good. And then there was one that stood out amongst the pack for being easily the worst whisky I’d tasted, might even be one of the worst I’ve ever had. Soldier Valley 6, from Patriarch Distillers here in Omaha, was so bad that it went straight into the dump after a single sip. It was like drinking rubbing alcohol that had been overoaked and was just bitter. Yuck.

But I did have some Nebraskan whiskey that was far better than that, two of which I’ve reviewed. The first is a corn whisky from St. Paul, NE and the second a single malt from here in Omaha.

Final thoughts: It was a really nice to be able to try a few local offerings that I probably would’ve walked past otherwise. My experiences with Nebraska whiskey, particularly the single malts, have been really good so please keep on making it!