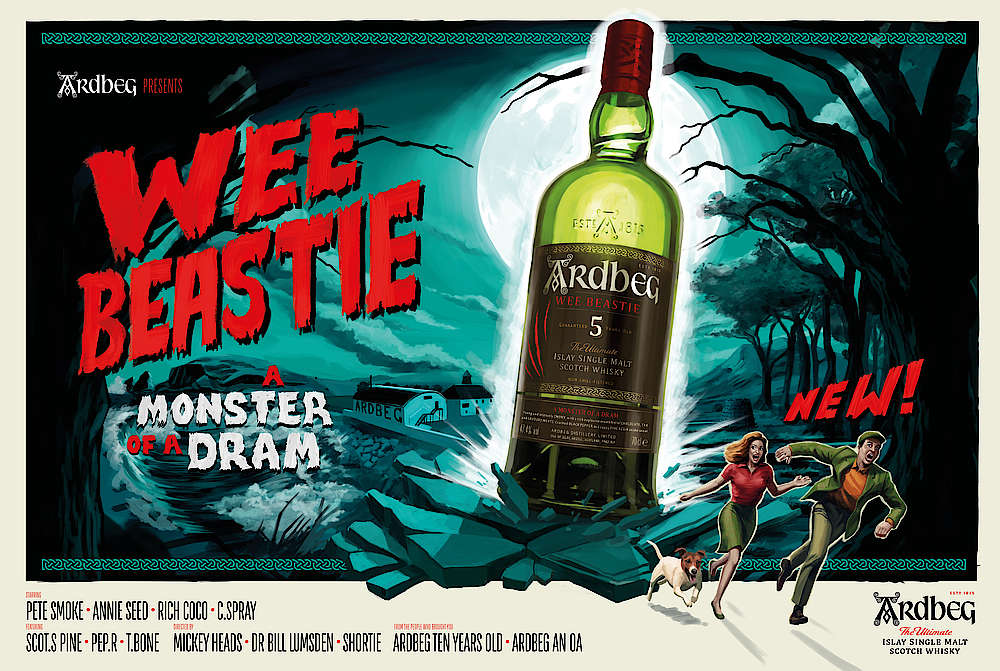 Nose: Tons of peat. So much that my wife, who was sitting on the side of the room as me as I smelled this, looked at me with a disgusted face telling me how much my whisky smelled even from where she sat (she really hates peat). The peat itself is a little lighter than other Ardbegs; its like smelling a campfire from a bit of a distance instead of having your nose right in top of one. A lot of lemon zest expresses itself along with a bit of pear.

Palate: Much like the nose, the peat is lighter. It’s nice and balanced, enough to let you know that it’s there and you’re drinking an islay, but not so much that it’s all you taste. There’s a sweetness as well with a lot of lemon zest and a minty iced tea. Lots of peppery notes pop up toward the end, just as it goes down as well.

Finish: Medium to short in length. There’s a bit of salty sea air and a bit of peat.

Conclusion: Billed as a bit of a monster, this youthful release from Ardbeg joined their permanent line up of bottlings earlier this year. I have to say, it didn’t come across as quite a beast or rather the emphasis appeared to be on the “wee” bit. While it definitely has tons of peat in it, enough to stink up a room apparently, it doesn’t aggressively overtake the senses as some other peaty whiskies can do. For me, it has a very nice balance between the peat as well as the sweeter notes in the whisky (in fact, if this was bottled in the Aisla Bay Sweet Smoke I reviewed yesterday, it’d live up to its name…) making for a very pleasant experience. I’ve enjoyed this one by Ardbeg and may look to adding a bottle to the bar.