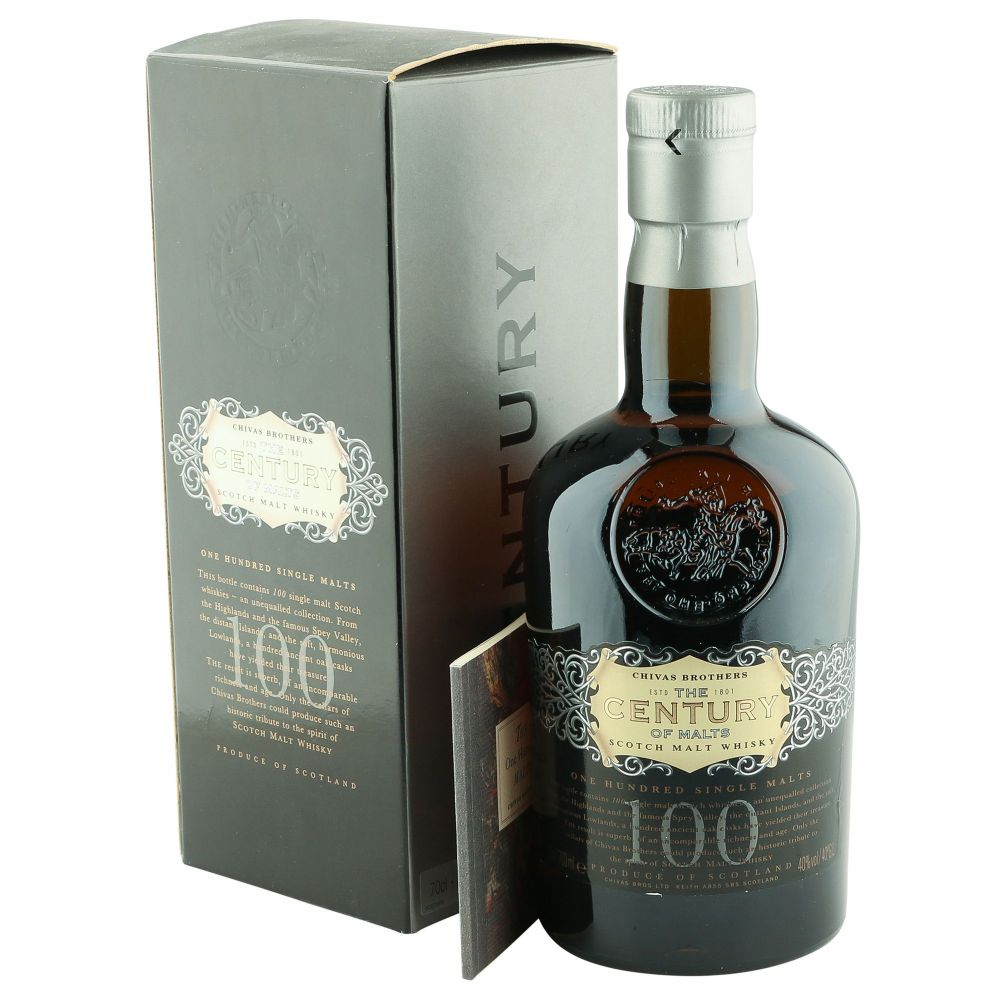 Nose: (according to the wife) Lemon is the main note, but it’s not a fresh lemon. It’s more of the lemon scent from an air freshener. There’s a tad bit of menthol and some honey as well.

Palate: There isn’t a whole lot going on. There’s a note of green apple that stands out. It’s joined every now and again by a bit of cocoa. There’s a lot of malt throughout.

Finish: Short. Honeyed lemon tea is there for a second before it’s gone.

Conclusion: Made from by blending 100 different single malts, this special release from Chivas released in 1995. I have to say, this is an incredibly interesting idea. It contains whiskies from distilleries that have since gone silent and is a little bit of a window to the past. Unfortunately, the whisky itself is pretty bland and unexciting. The nose is straightforward, the palate is even more so. In reality, it’s just a mostly flavorless, easy drinking whisky. I had originally earmarked this to be my 200th review of Scotch, but after tasting it, have had to change my plans a tad. It’s not bad, but it does not live up anywhere near the intrigue.