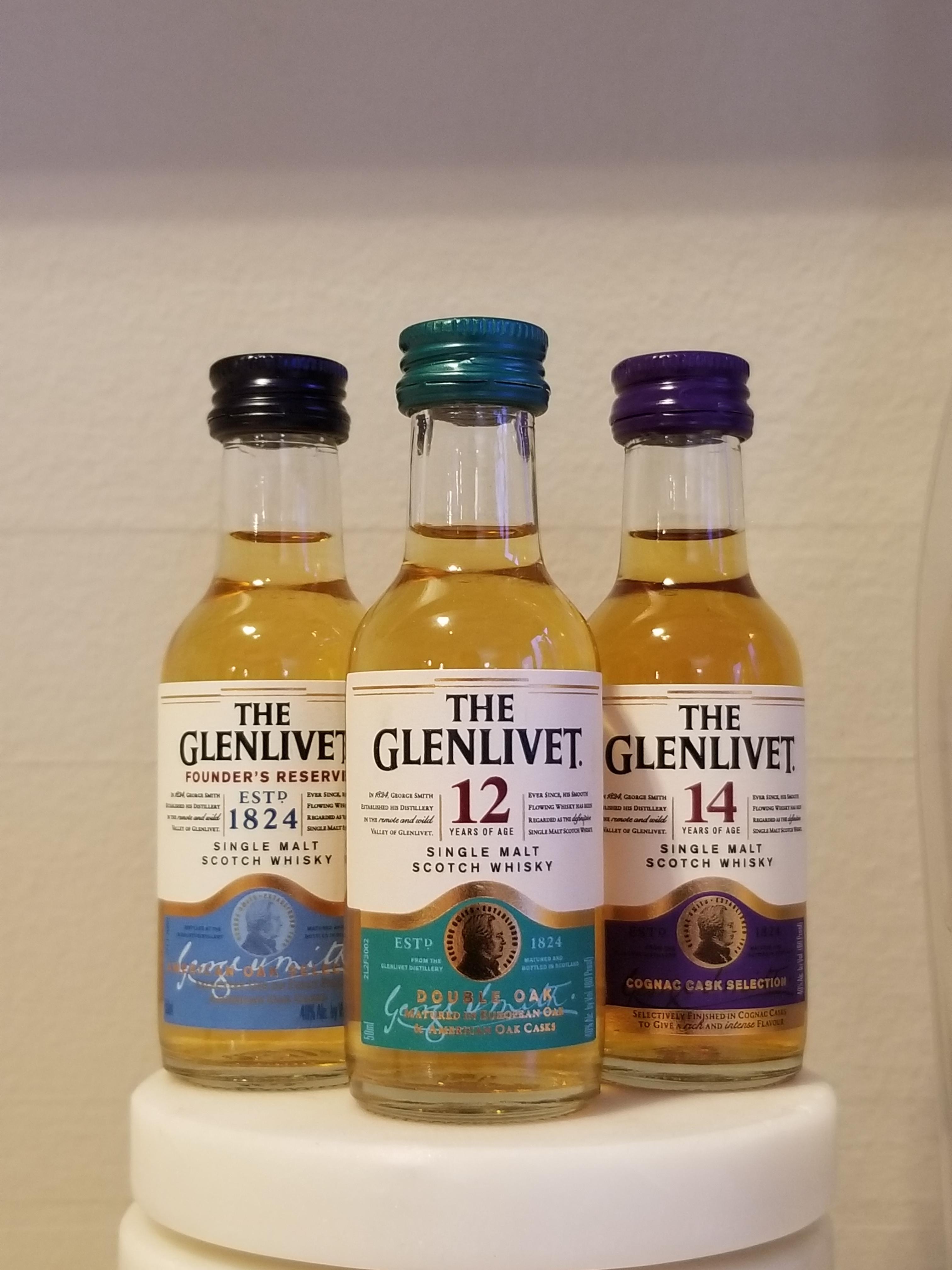 This is the first in my Countdown to Christmas series where I’ll be posting a review a day until Christmas. You can find the entire series here.

Glenlivet, much like Glenfiddich, holds a special place in memory for me. The 12-year was one of the first whiskies I’ve ever had and for the longest time I couldn’t keep it and Glenfiddich straight. I’ve not had a lot of Glenlivet lately so I’m really curious to see how this has held up over time.

Nose: (according to the wife) It smells funky and medicinal, very much like the water that’s left after you’ve rehydrated some dried shiitake mushrooms or Kweichou Moutai Baijiu.

Palate: Super, super thin. Lots of oak and with that medicinal, mushroom-y funkiness. It really does remind me of a super watered down Kweichou Moutai Baijiu.

Finish: Super short, gone in a flash. No time to figure anything out.

Conclusion: I didn’t have high hopes for this at all. A NAS version of an already low-end whisky? Nothing exciting. It’s really strange though, the mushroom-y notes are seemingly so far out of place from where Glenlivet usually stands so I’m really intrigued by how it got there. The closest thing I can think of is the Glenmorangie Allta but that was done far better than this. Would I buy a bottle? No.

Nose: (according to the wife) Smells of apricots and fresh-cut hay.

Palate: It’s smooth but thin and lacking a bit of flavor. There’s a subtle note of honey and fresh cut hay but its barely detectable. Really easy to drink but nothing to it.

Finish: Very short. Notes of fresh oak, hay, and honey show up but again not for very long.

Conclusion: This is the first time I’ve had the Glenlivet 12 since the repackage and man I don’t remember this being this flavorless. Glenlivet wasn’t ever super packed with flavor but this just feels like there’s nothing to it anymore. Disappointing but at least it’s drinkable. Would I buy a bottle? No.

Nose: (according to the wife) Lots and lots of alcohol with a side of peppery oak spice.

Palate: For 40% ABV, this really packs a lot of heat. It tastes of solvent that’s been over oaked. Way too hot and way too bitter.

Conclusion: I’ve been really intrigued by this whisky. A distillery the size of Glenlivet changing up their core lineup to include an unusual cask finish? That just sounds appealing. That said, I’m really glad I got a miniature to try this. It’s awful. Despite being watered down, it tastes like nail polish that’s been over oaked. I had three, maybe four sips of this before it went down the drain. Blech. Would I buy a bottle? Never.

Final Thoughts: I didn’t expect a whole lot going into this set of whiskies but even then it somehow managed to disappoint. I was hoping for at least a little trip down memory lane with the 12 year old but they’ve somehow managed to ruin that one as well. Rather poor from Glenlivet. Oh well.

Scotch & Sheen is now on Instagram! Please take a look for quick summaries of my reviews!